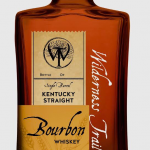 Wilderness Trail Distillery has announced the release of its first Bourbon on April 28th in Danville, Kentucky, at the 2nd annual “Taste of Danville.” They invite all Bourbon lovers to celebrate with food, music, and samples of this Bottled in Bond, Single Barrel Kentucky Straight wheated Bourbon.

The spring release is the first of three limited releases this year, as the majority of the barrels continue to age toward 6 years before regular releases are available. Limited first edition box sets of the first release have been reserved by Family Reserve members who signed up when the distillery began barreling Bourbon over four years ago.

“We are excited to share our first mature Bourbons with our ambassadors who have been waiting patiently all these years and standing beside us. That’s what makes this a true Family Reserve release. It is a major milestone for us toward our journey of aging to six to eight years,” says Shane Baker, co-owner of the Danville Distillery with Pat Heist.

The gift shop at Wilderness Trail will be stocked with a limited number of bottles available to the general public at a price of $48. Tickets will be passed out to those in line to be redeemed at 10 a.m., 12 p.m. or 2 p.m. Ticket holders are eligible to purchase up to two bottles. The tickets will allow guests to enjoy 19 food vendors and music by bands at the Taste of Danville celebrations instead of spending their time waiting in line.

The first few hundred guests receive tastes of this brand new Bourbon. Baker has plenty to say about what’s in store for guests lucky enough to get a sip.

“Our first Bourbon release is a traditional mature Kentucky Bourbon whiskey you would have found decades ago. It is a Bottled in Bond, Single Barrel. It is aged over four years and bottled at 100 proof. They have the taste and nose of an older Bourbon — mellow nose with sweet fruity oak, caramels twisted with creamy vanilla nut and a touch of chocolate. Enjoying it neat, it finishes silky smooth and long and proofing down on the rocks brings out more expressions of smoother aromatics and a creamier mouthfeel finish.”

Guests will be treated to music by The Local Honeys and Joslyn & The Sweet Compression, both based in Lexington. The Local Honeys will perform 11 a.m. to 1 p.m. with a mix of hard driving fiddle based traditional and original tunes. Joslyn & The Sweet Compression take the stage 1 to 4 p.m. with a hook-filled mix of funk and soul.