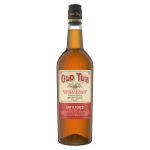 The James B. Beam Distilling Co. is relaunching a limited edition Old Tub Bottled-in-Bond to bourbon lovers around the country – at a price that can’t be beat.

The Old Tub label dates back over 140 years, when David M. Beam created the first brand in the Beam family. Eight generations later, Fred Noe and his son Freddie are still carrying on that distilling legacy. While visitors to the Jim Beam American Stillhouse in Clermont, Kentucky may have snagged themselves a 375ml flask of this throwback bourbon, this will be one of the first times a full size 750 ml bottle Old Tub will be found on shelves around the country.

The release will be four years old and bottled unfiltered at 100 proof, which Jim Beam says they hope will allow the true, rustic character of the whiskey to shine through.

“We’re taking bourbon lovers back in time and making a delicious bourbon true to the way my ancestors intended over 140 years ago, when Old Tub was first crafted,” said Fred Noe, seventh generation master distiller in a press release. “I’m excited to share this one-of-a-kind liquid with our fans and provide a bit of authenticity and nostalgia as we head towards another 225 years in the bourbon industry.”

Tasting notes from the distillery describe a nose with “initial waves of oak, followed by ribbons of vanilla and grain.” On the palate, we’re told to expect “robust oaky notes… complimented by hints of grain and warm caramel, with a full-bodied clean finish and lingering warmth.”

The best part? Old Tub Bottled-in-Bond will have a suggested retail price of just $23, making it the most affordable new release of the summer. They’ll start appearing on shelves around the country in late June – grab yours while they last!

The post This Vintage Label Bottled-in-Bond Bourbon is Hitting Shelves Nationwide For Just $23 appeared first on The Bourbon Review.