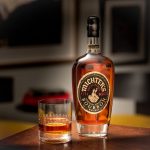 Michter’s Distillery has announced the 2020 arrival of their 10-Year Single Barrel Bourbon.

The 10-Year Bourbon has become a Limited Production bottle we can almost annually expect from the distillery, but Michter’s release schedule is predictable only in its unpredictability. Master Distiller Dan McKee and Master of Maturation Andrea Wilson work together to determine the readiness of the barrels in their warehousing, carefully tasting and selecting each one. Wilson manages barrel specifications and procurement, heat cycling and monitoring of liquid temperatures during aging, and tracks the maturation of particular barrels like those chosen for this year’s 10 year release.

This year’s 10-Year single barrel will arrive at its traditional 94.4 proof, promising to be as smooth as ever.

“The Michter’s 2020 release of 10yr Bourbon is rich and delicious and a great sipping whiskey,” Wilson tells us. “It changes nicely in the glass and makes you want to spend more time with it. It has the characteristic complexity and rich toffee signature that so many have come to identify with Michter’s 10 while also presenting rich fruit like plum and roasted pecan nuts. It is a mature whiskey without being overly oaked.”

Bottles should be arriving on shelves near you in the coming weeks for a suggested retail price of around $130.

The post The 2020 Release of Michter’s 10-Year Single Barrel Bourbon is Coming Soon appeared first on The Bourbon Review.