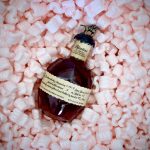 Kentuckians could soon have better access to their favorite booze, from both in and outside the state. Last week, the Kentucky House Licensing and Occupations Committee passed House Bill 415, sponsored by Rep. Adam Koenig, which would allow producers (distilleries, breweries, etc.) to ship wine, spirits, and beer directly to your door.

Here’s what it means for shipments coming into the state of Kentucky.

Out of state retailers will be able to purchase a shipping permit for shipping distilled spirits, wine, malted beverages into the state of Kentucky. The following guidelines will be required.

Here’s what it means for shipments going out.

In-state holders of permits that allow the sale of alcohol by the package will be able to ship to consumers outside following all state and local laws of consumer. They will also have to abide by any other laws associated with shipping alcohol in that state or local area. In-state holders of alcohol permits will not be charged annually for shipping permits as it is already included in their license fees.

It’s important to note that the bill would only affect shipping bourbon from the top of Kentucky’s three tier system, the producer. In Kentucky, producers (like distilleries) sell to the next tier, distributors, who sell to the final tier, bars, restaurants, and package stores.

Distributors and wholesalers will not be included in this bill, while retailers testified in front of the committee that this could hurt their bottom line should consumers choose to order directly from the producer rather than patronize their local liquor store.

The proposed change comes after several years of legislature helpful to the bourbon industry, such as bills allowing distilleries to sell by the drink and the recent House Bill 100 allowing for the sale of vintage whiskey.

House Bill 415 will head to the full Kentucky House for a vote soon. Link here to read the full bill.

The post Kentucky’s House Bill 415 Could Make it Easier for You to Get Bourbon Shipped to Your Door appeared first on The Bourbon Review.