Bourbon’s Most Popular Bottles are Back: The 2019 Van Winkle Collection is Coming Soon 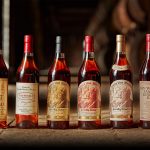 The biggest release of the bourbon season has just been announced from Buffalo Trace Distillery – the 2019 Van Winkle Collection is coming next month.

The annual Van Winkle line consists of five wheated, well-aged bourbons and one rye. All six whiskeys have become some of the most highly sought-after bottles in the bourbon world, with fans lining up overnight to get their hands on one at retail prices.

“Unfortunately we cannot control the price retailers charge, so some retailers mark it up beyond our MSRP, even though we ask them not to,” said Julian Van Winkle, president, Old Rip Van Winkle Distillery in a press release. “We are committed to releasing a quality product and hope retailers will honor what we suggest as a fair retail price. ”

The six bottles included in the collection are as follows –

As usual, the 2019 Van Winkle release will be extremely limited, as bourbon that spends that long in the barrel will lose most of its volume to evaporation. This scarcity means that bottles often go for hundreds or even thousands more than their retail price on the secondary market. The distillery, however, stresses that fans hunting for a bottle should be sure they’re shopping at licensed retailers to avoid counterfeiters.

“Trading and selling bourbon online is an unlicensed and illegal sale. Purchasing bourbon online from unlicensed parties is dangerous. The product may be counterfeit and unsafe.  If you are not a licensed retailer and you are selling Van Winkle products, we are prepared to take action to curtail the activity,” stated Kris Comstock, senior marketing director at Buffalo Trace Distillery, in a press release.

The post Bourbon’s Most Popular Bottles are Back: The 2019 Van Winkle Collection is Coming Soon appeared first on The Bourbon Review.